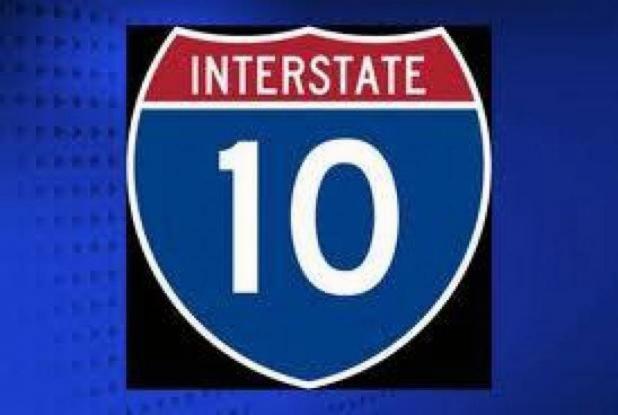 The road that I-10 killed

The elevated span of Swamp Expressway that carries I-10 across the Atchafalaya Basin is a remarkable thing, but there were plans afoot to build an even more remarkable roadway across the huge wetland well before I-10 was even on the drawing boards.
In fact, the Sunshine Bridge across the Mississippi River near Donaldsonville was originally conceived as part of a toll road that would run from Lafayette through St. Martin, Iberville, Ascension, and St. James parishes to Lutcher, where it would cross the river and link to the Airline Highway and New Orleans.
A coalition of leaders from the parishes authorized engineers to start planning the million-dollar-a-mile highway across the Basin in early January 1953.
Ernest M. Loeb, who represented the company that would handle the bonds to finance the highway, said the project would cost so much because the road would pass through “considerable bayou country” and require a major new bridge over the Mississippi and lesser crossings over 17 other bayous and rivers.
Nonetheless, he said, it would be worth the expense because it would cut two or three hours off the driving time from most south Louisiana communities to New Orleans.
Part of the savings in travel time would come about because the toll road was to be built to Interstate standards, before Interstate standards had even been formed.
“The highway will have no grade crossings or direct traffic intersections and will bypass all towns,” the planners told the press. “Cars should be able to maintain constant speeds of 65 to 70 miles per hour.”
The late Judge Kaliste Saloom Jr. was the legal advisor for the toll road, which was to be called the Acadian Throughway. He said in an interview some years ago that the main reasons it didn’t happen were those old Louisiana bugaboos, politics and money.
“We had $110 million in revenue bonds lined up to build the road,” he recalled, “but the bond people wanted assurance that the state would not come along and build a free road close to our toll road and jeopardize its revenue. There was some history for that. In the 1930s, Huey Long built a free road next to a toll road from New Orleans to Slidell because he got into a political fight with the mayor of New Orleans. The bond people wanted assurances that there would be none of that.
“We went to visit Earl Long, who had just replaced Gov. Bob Kennon, and Earl gave us assurances that he would not build a free road. He said he didn’t have the money to do it even if he wanted to.”
But Uncle Earl wouldn’t put that down on paper. He said signing something might give the impression that he endorsed a toll road and that could cause him political trouble.
Without a firm commitment from the state, lenders were reluctant to put up the big money needed for the Acadian Throughway.
Judge Saloom thought the financial troubles could have been overcome eventually, but that the back-and-forth with the state delayed the project too long. While the squabbling in Louisiana was going on, President Eisenhower unveiled his plan to build an Interstate highway system.
That still might not have been fatal to the toll road, except for more politics and maneuvering.
Ike’s original plan was to link every community in the United States with a population of 50,000 people or more to its state capital. At that time, Lafayette had not taken off on its oil-fueled building spree and didn’t have that population. That meant it wouldn’t automatically be linked to the federal road system. The original design for I-10 followed the already existing U.S. 190 through St. Landry Parish.
That was far enough north of its proposed route that the toll road might still have been feasible.
But then congressmen T.A. Thompson and Ed Willis got the Interstate moved to the south, to its present route through Lafayette, and there was no way that a toll road that close to a major, free highway could have generated the traffic and income needed to satisfy the lenders.
Before the decision was finally made to abandon the toll road plan, however, engineers had already designed a bridge across the Mississippi at Lutcher. That was the design used when Gov. Jimmy Davis built the bridge named for his famous song, “You are My Sunshine.”
When it was built in the 1960s, that bridge was roundly criticized because it connected nothing but sprawling cane fields on either side of the river. Folks called it “a bridge to nowhere.”
But those critics forgot that the Sunshine Bridge was once a part of the first ambitious plan to span the Atchafalaya Basin with a major roadway — a plan, incidentally, very much like one that is regularly bandied about every hurricane season when evacuation planners yearn for another major road to help move traffic out of harm’s way.
A collection of Jim Bradshaw’s columns, Cajuns and Other Characters, is now available from Pelican Publishing. You can contact him at jimbradshaw4321@gmail.com or P.O. Box 1121, Washington LA 70589.