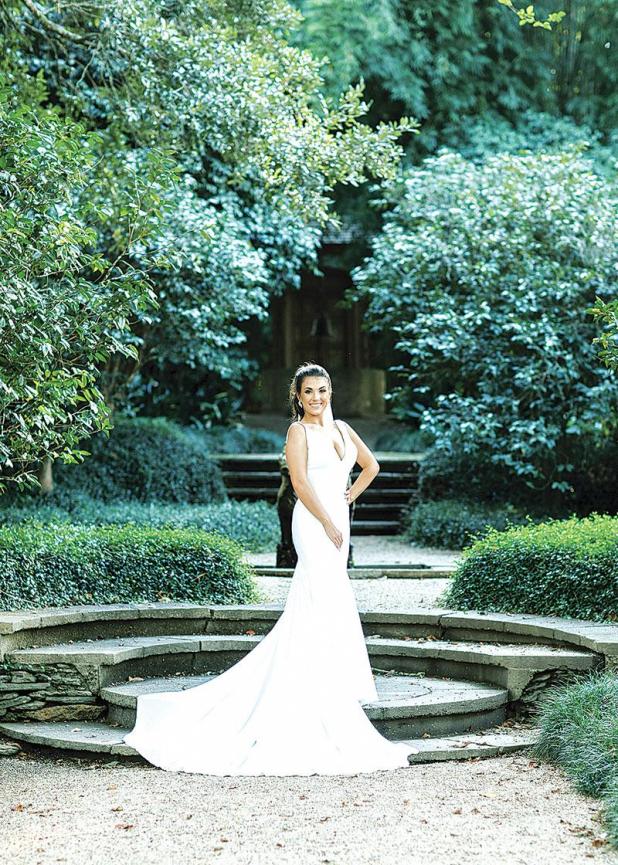 Hannah Boudreaux and Christopher Langlinais, Jr. were united in marriage on Saturday, December 5, 2020, at Southern Soirees in Abbeville, LA. Johnny Choate officiated the 6:30 p.m. ceremony.
Hannah is the daughter of Tara Meaux and Brady Meaux of Kaplan, Louisiana and Clougest John Boudreaux III of Abbeville. Her grandparents are Freddie Duhon, Carolyn Landry, Stephanie Boudreaux and Clougest John Boudreaux, Jr.
The bride is a graduate of Kaplan High School.
Christopher is a graduate of North Vermilion High School. He is the son of Julie Gates Barton and the late Ed Gates, and Christopher Langlinais, Sr. He is the grandson of Alwood Langlinais, Earline Langlinais and Judie Gates.
Christopher is currently employed by Slemco, and is co-owner of 12 Oaks Cattle Company and Acadian Livestock Cattle Company.
The bride wore an Ivory fitted open back dress with a fingertip length veil as her father Brady Meaux walked her down the aisle, carrying with her a bouquet of white roses.
Maid of Honor for the ceremony was Victoria Davidson. Matron of Honor was Molli Schexnaider. Bridesmaids included Lunden Schexnider, Mallory Meaux, Morgan Meaux, Kamryn Bridges and Addisyn Meaux.
The brides’ attendants wore a black fitted gown with a keyhole back; they will carry a bouquet of white roses.
Attending as flower girl was Addison Labbe, who is the daughter of Lacy Labbe and Leo Labbe. She wore an Ivory tooled dress with a bow in the back as she placed white pedals down the aisle.
Serving as Best Man was Brylan Suire. Groomsmen included Blake Schexnaider, Sage Schexnider, Kalen Hanks, Zach Istre and Tucker Schexnaider.
Ring bearer for the ceremony was Easton Langlinais, son of Hannah Boudreaux and Christopher Langlinais, Jr. Brandon Meaux attended as Usher for the ceremony.
Together with their attendants, the couple had a rehearsal dinner on December 3, 2020 at Southern Soirees, hosted by the grooms’ parents, Julie Gates Barton and Christopher Langlinais, Sr.
After the ceremony, a reception was held at Southern Soirees that was decorated with Eucalyptus greenery, white roses, gold accents and Pampas grass.