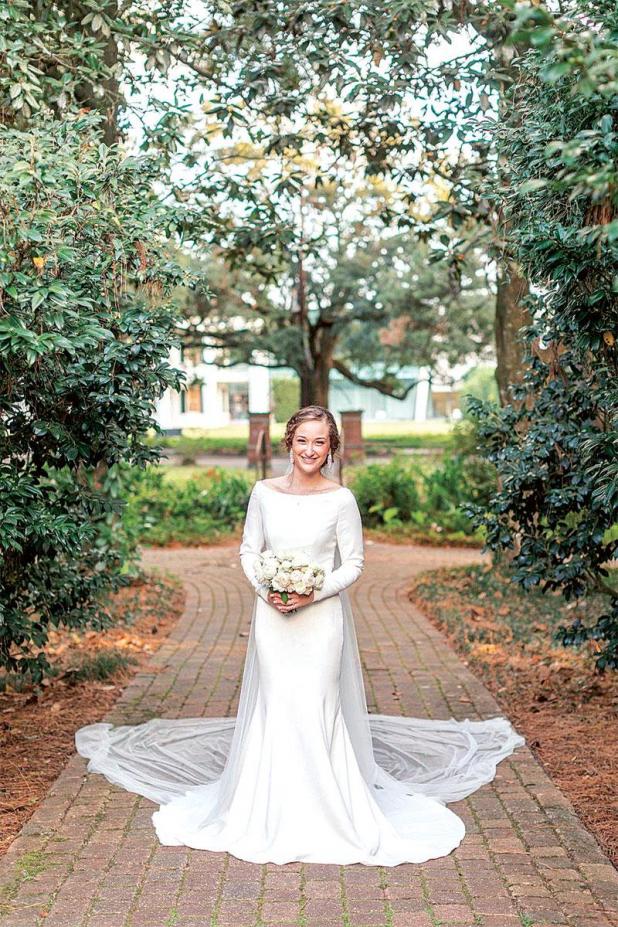 Miss Katherine Meyers of Maurice, LA and Mr. Luke LeBlanc of Indian Bayou, LA were joined in marriage during an evening ceremony held at St. Alphonsus Catholic Church in Maurice LA, on Saturday, December 26, 2020.
Deacon Joe Hebert officiated the 6 p.m. nuptials.
The bride is the daughter of Kevin and Monica Meyers of Maurice, LA. Grandparents of the bride are Larry and Rena Duhon of Maurice, LA and Lynwood and June Meyers of Abbeville, LA.
She is a 2018 graduate of North Vermilion High School in Maurice, LA and will graduate in May with a Bachelor of Science in Business Administration and a degree in Finance. The bride is currently employed at Our Lady of Lourdes Women’s and Children’s Hospital.
Parents of the groom are Travis and Sheila LeBlanc of Indian Bayou, LA. Grandparents of the groom are Wilbert and Ginger LeBlanc of Kaplan, LA and William and Marie Domingue of Rayne, LA.
He is a 2017 graduate of North Vermilion High School and is currently employed by the Vermilion Parish Sheriff’’s Department.
Music for the ceremony was provided by Jonah Slason, Organist and Vocalist Jonah Saloon.
Escorted by her father, the bride wore a gown designed by Justin Alexander. The classic and elegant inspired long sleeve gown had a fitted bodice leading to a mermaid silhouette. The gown was fitted with a jewel neckline and a beautifully beaded illusion back with covered buttons from the neck to the end of the cathedral length train. Her dress had the perfect finish with a royal length wedding veil accented with a blusher made of soft English tulle.
Claire Meyers served as Maid of Honor and Taylor LaPorte served as Matron of Honor. Bridesmaid for the ceremony was Alaina Camille Guidry, friend of the bride. They wore formal evening gowns by designer Tarik Ediz in an elegant wintry navy. Their gowns were designed with a V neckline and short flowing sleeves. The bodice had a fitted waistline with an asymmetrical peplum leading to a mermaid silhouette.
Attending as flower girl was Kate Karge, cousin of the groom and daughter of Michael and Leigh Karge.
Noah LeBlanc, brother of the groom, served as Best Man. Groomsmen included Ian LeBlanc, brother of the groom, who is currently deployed overseas with the Louisiana National Guard and is serving as best man as well as in their hearts. Zachary LeBlanc, Nathan LeBlanc and Owen LeBlanc, all brothers of the groom, also served as groomsmen.
John Michael Karge and William Karge, cousins of the groom, and sons of Michael and Leigh Karge, served as Ring Bearers.
Ushers for the ceremony included Groomsmen Nathan and Owen LeBlanc.
On December 23, prior to the ceremony, a rehearsal dinner, hosted by the groom’s parents, was held at Riverfront.
Following the ceremony, the reception was held at L’Eglise.
The bride’s cake was an elegant three-tiered white cake with combed icing and fresh flowers. The wedding cake was filled with the delicious southern flavors of raspberry and pecan praline while the groom’s cake was made by the groom’s mother and was a 2- tier chocolate cake accented with a hunting theme.
The couple plan to reside in Maurice, LA.