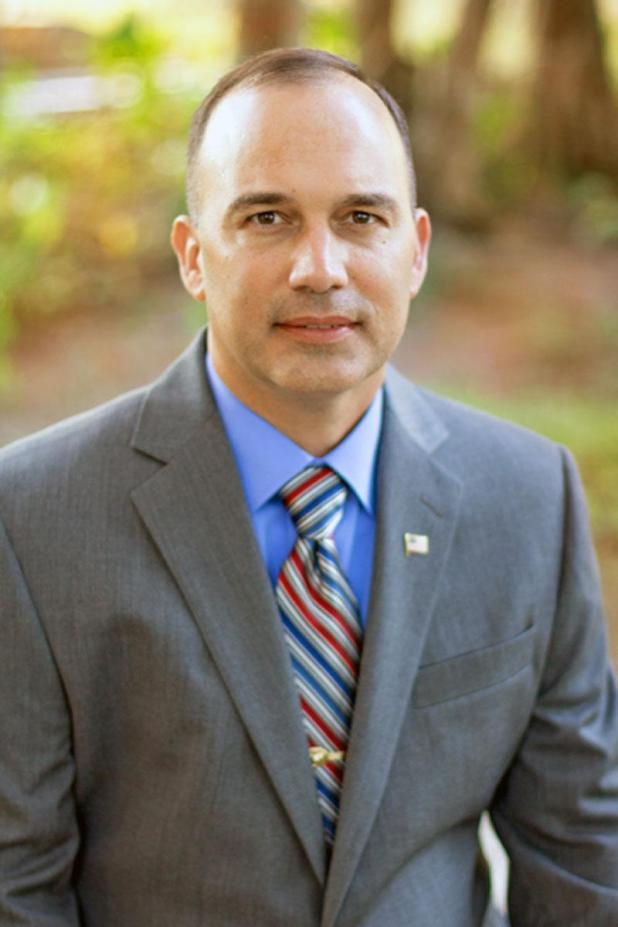 I, Bart C. Bouillion, 45 years old, from Erath am a candidate for Chief of Police in Erath. The election will be held on March 25, 2017. It had always been a dream and vision of mine, as a young police officer, to one day give back to my town and community. I want to provide excellence in service to our town and leave a lasting imprint for the people of Erath. The citizens and businesses in Erath deserve to be provided with professional and courteous police service. This will be provided by me being an active and involved Chief of Police. I will foster an environment where officers enjoy coming to work to provide great public service. School and community involvement are key and myself and the police department will be involved.
I am from Erath and was raised in Erath. My parents are Harold John Bouillion and Audrey Mae “Thibodeaux” Bouillion. I married Tiffany Katherine Landry from Esther on July 21, 1995, and have been married for 21 years. We have three children; Evan Bouillion (20 years old) sophomore in college, Noah Bouillion (15 years old) 9th grader at Erath High School, and Lauren Bouillion (6 years old) 1st grader at Dozier Elementary.
I attended Dozier Elementary, Erath Middle and Erath High. I graduated from Erath High in 1989. I enlisted in high school, at 17 years old, into the United States Marine Corps. I served four years in a U.S. Marine Corps Security Forces Company and as an Infantryman. I was honorably discharged from the Marine Corps in 1993, and enrolled at USL (Lafayette) in Criminal Justice. I worked part-time and full-time from 1994 through 1995, for about one year, as a police officer with the Erath Police Department, while attending USL. I attended and graduated from the Acadiana Law Enforcement Training Academy in Lafayette (Basic Police Academy). In 1995, I was hired by the Vermilion Parish Sheriff’s Office as a deputy sheriff for about 7 years.
In 1999, I applied for the Louisiana State Police (LSP). I was hired by LSP on December 10, 2001, and graduated the LSP Academy on April 5, 2002. I worked for LSP the last 15 years as a Trooper in Uniform Patrol (5 years), and 10 years as a LSP Detective and Narcotics Agent. I spent about 3 years assigned to the Drug Enforcement Administration (DEA) Task Force in Lafayette. During my LSP career, I obtained an Associates of Science in Criminal Justice from South Louisiana Community College and a Bachelors Degree in General Studies, Concentration in Behavioral Sciences, from the University of Louisiana Lafayette.
I pledge as your Chief to serve all the people of Erath, protect the community, families, & businesses, provide professional police service, and build upon progresses made in the Erath Police Department. I promise to build a police department prided by employees and the community. I will be a fiscally responsible Chief who values and appreciates the resources provided to its department.
I will always have an open door and encourage any ideas or suggestions.
I humbly ask for your vote on March 25, 2017, and look forward to serving the people of Erath.