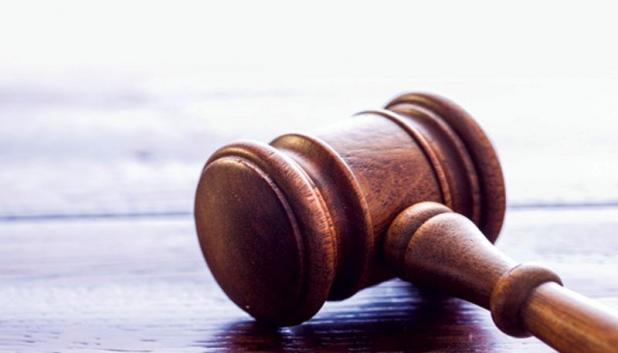 LAFAYETTE — U.S. Attorney David C. Joseph announced today that Holden Matthews, 22, pleaded guilty in U.S. District Court in Lafayette to intentionally setting fire to three Baptist churches because of the religious character of those buildings. Specifically, Matthews pleaded guilty to three counts of violating the Church Arson Prevention Act—one count for each church—as well as one count of using fire to commit a federal felony. The fires, which Matthews set over a ten-day period in March and April of 2019, completely destroyed each of the church buildings. United States District Court Judge Robert R. Summerhays presided over the hearing.
At the plea hearing, Matthews admitted that, between March 26 and April 4, 2019, he intentionally set fire to three Baptist churches with predominantly African-American congregations in the Opelousas, Louisiana area. First, on March 26, 2019, Matthews set fire to St. Mary Baptist Church in Port Barre, Louisiana. Next, on April 2, 2019, Matthews set fire to the Greater Union Baptist Church, in Opelousas, Louisiana. Then, on April 4, 2019, Matthews set fire to the Mount Pleasant Baptist Church in Opelousas, Louisiana. The fires Matthews set destroyed each of the church buildings. Matthews admitted to setting the fires because of the religious character of these buildings, in an effort to raise his profile as a “Black Metal” musician by copying similar crimes committed in Norway in the 1990s. Matthews further admitted that, after setting the third fire, he posted photographs and videos on Facebook that showed the first two churches burning. Matthews admitted that he had taken these photographs and videos in real time on his cell phone, as he watched those churches burn, and that he had posted them to Facebook in an effort to promote himself in the Black Metal community.
“Today, the defendant has taken responsibility for the burning and destruction of three of our churches,” said U.S. Attorney David C. Joseph. “The freedom to safely congregate and worship in our churches is a fundamental right of all Americans and will be vigorously protected by my office and our law enforcement partners. I want to thank the ATF, FBI, St. Landry Parish Sheriff’s Office, St. Landry Parish Fire Department, Louisiana State Fire Marshal, Louisiana Attorney General’s Cybercrime Unit, Louisiana State Police, and the Florida State Fire Marshal for their hard work and seamless collaboration on this case.”
“The Department of Justice will remain unwavering in its protection of the freedom to practice religion without the threat of discrimination or violence,” said Assistant Attorney General Eric Dreiband of the Civil Rights Division. “Matthews admitted to setting fire to three churches because of their religious character. His disgraceful conduct violated the civil rights of the church’s parishioners and harmed their communities.”
“Protecting our communities is a vital part of our mission,” said ATF Special Agent in Charge Kurt Thielhorn. “ATF will continue to provide expertise and resources to investigate arson at houses of worship which threaten the well-being of our communities. I would like to thank all of our law enforcement partners for working tirelessly to ensure justice will be served.”
“Holden Matthews made a conscious decision to randomly target and destroy churches within his own community,” said FBI Special Agent in Charge Bryan Vorndran. “His atrocious actions inflicted severe pain and grief upon these congregations, as well as all of St. Landry Parish. Throughout this investigation, the men and women of the FBI, ATF, Louisiana State Fire Marshal’s Office, St. Landry Parish Sheriff’s Office, St. Landry Parish District Attorney’s Office, Louisiana State Police, Louisiana Attorney General Jeff Landry’s Cybercrime Unit, and the Florida State Fire Marshal’s Office worked tirelessly to bring Holden Matthews to justice.”
Matthews will be sentenced on May 22, 2020. He faces a mandatory minimum sentence of 10 years in prison, and a statutory maximum sentence of 70 years in prison.
This case was investigated by the ATF’s National Response Team, the Lafayette Satellite Office of the ATF’s New Orleans Field Division, the Lafayette Resident Agency of the FBI’s New Orleans Field Office, the Louisiana Office of State Fire Marshal, the Louisiana State Police, the Louisiana Bureau of Investigation’s Cyber Crimes Unit, the St. Landry Parish Fire Department, and the St. Landry Parish Sheriff’s Office.
The case is being prosecuted by Assistant United States Attorney John Luke Walker, of the U.S. Attorney’s Office for the Western District of Louisiana, and Trial Attorney Risa Berkower of the Justice Department’s Civil Rights Division.
For more information about the Department of Justice’s work to combat and prevent hate crimes, visit www.justice.gov/hatecrimes: a one-stop portal with links to Department of Justice hate crimes resources for law enforcement, media, researchers, victims, advocacy groups, and other organizations and individuals.