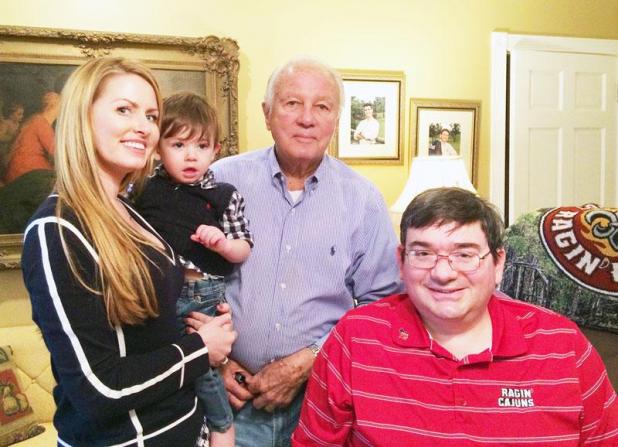 It was not uncommon for former Governor Edwin Edwards, along with his wife, Trina, and their son Elli, to drop by and visit Robert Vincent at home in Erath. 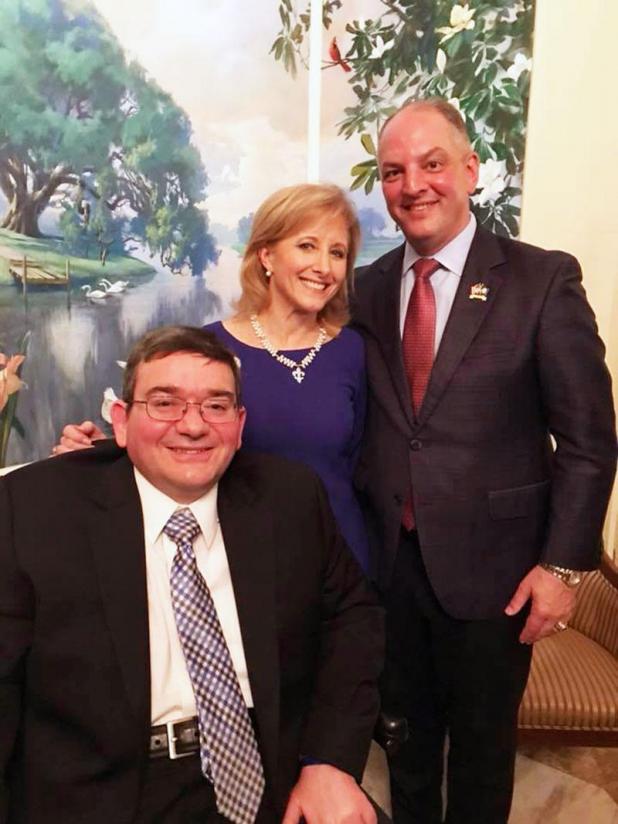 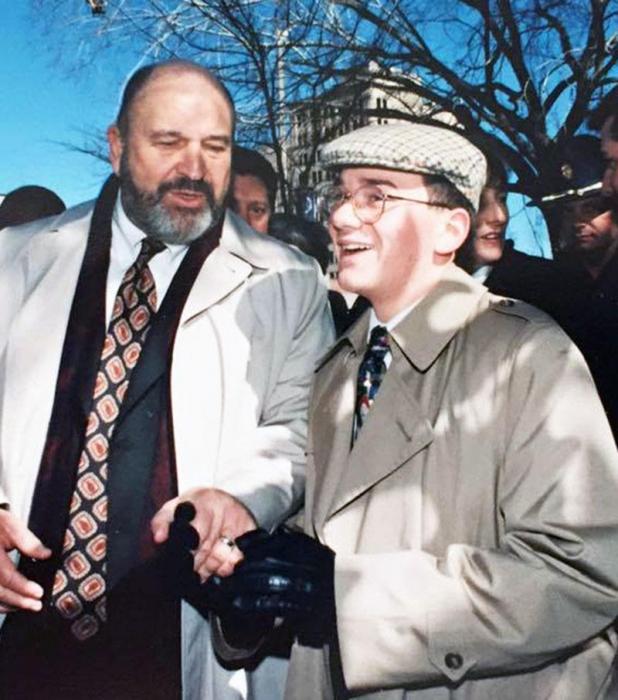 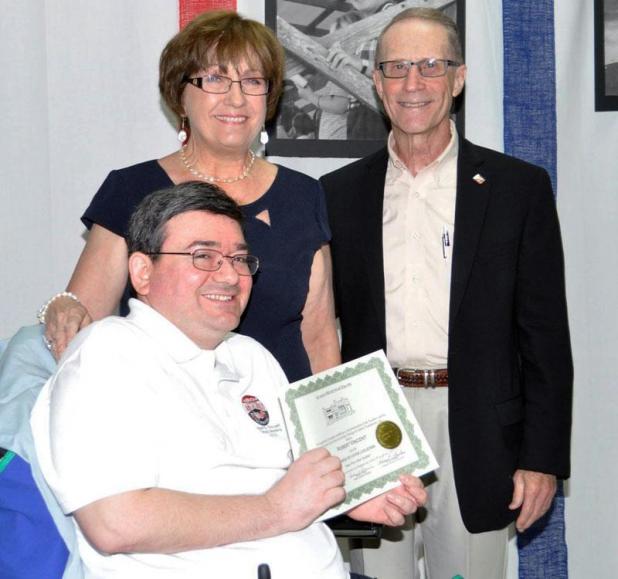 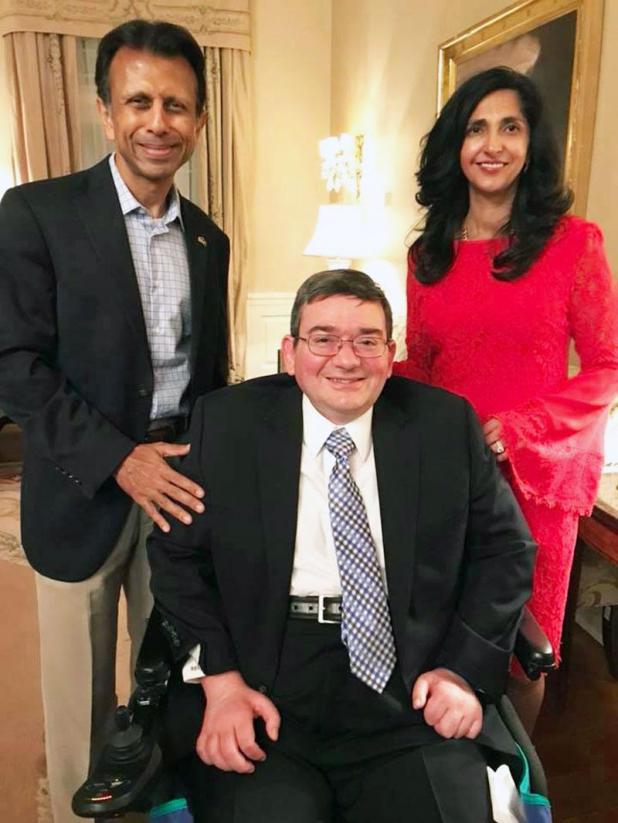 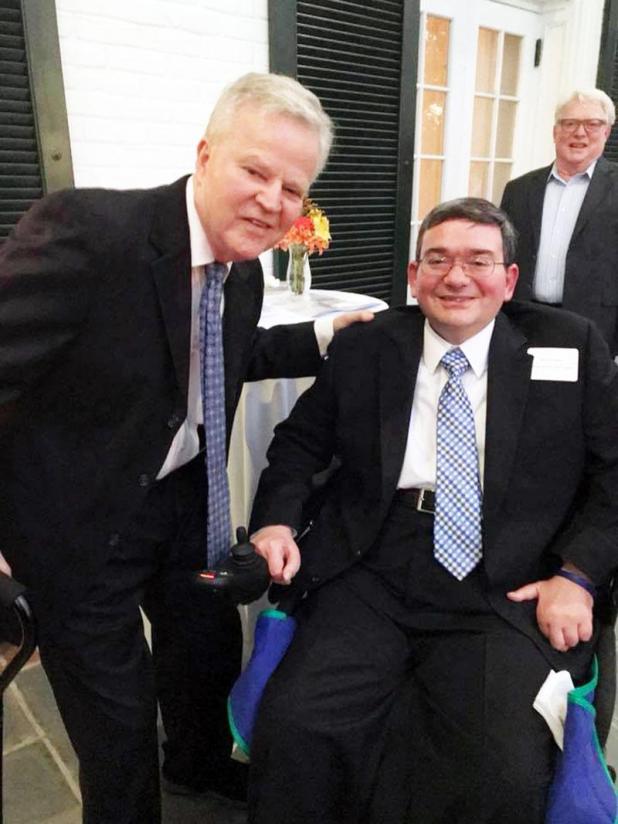 ERATH - While most nine and 10-year-old boys only cared about playing outside or playing video games, Robert Vincent developed a love for politics and the satisfaction of helping people through politics.
Vincent spent countless hours hanging around adults who enjoyed talking about politics. One adult who influenced his life was his grandfather from Morgan City. He stayed with grandfather, Robert LaBauve, during the summer months. LaBauve visited coffee shops in Morgan City, and Robert tagged along. Robert developed a passion for politics and political stories.
LeBauve was also good friends with then Gov. Edwin Edwards, and Robert learned who Edwards was. When he was around 11 years old and Edwards was running for governor, Robert put a Edwin Edwards’ political sign on his bike and proudly road around Erath displaying it.
Another adult he spent quality time with was his third cousin, attorney Warren Perrin, from Henry. Vincent was only 10 years old when he told Perrin he would help him start the Acadian Museum in Erath. In 1990, the museum was opened, and until his death, Robert Vincent was still a big part of the museum.
“One of the things I will remember about Robert is that he always had a positive outlook on what he wanted to accomplish,” said Perrin.
When Robert was making his lists of things he wanted to accomplish in life, Robert was thrown a curveball. At the age of 10, Vincent was diagnosed with a degenerative nerve disease known as Charcot-Marie-Tooth Disorder (CMT).
Over the next 32 years, the disorder began making it difficult to walk to point Robert had to be confined to a wheelchair. The disease also attacked his respiratory system, making it more challenging to breathe each day than the day before.
Perrin said Vincent had a strong passion for meeting people and wanting to hear their stories. Perrin remembered Vincent once had a class assignment to bring a famous person to class to speak to the students. Most people brought their parents or friends of the family to talk to the class.
“Not Robert,” Perrin recalled. “He knocked on D.L. Menard’s door and asked him to come to speak to the class. D.L. did, and the two stayed close friends from that point on.”
When Vincent was 19, he threw his hat into the political ring by announcing he wanted to run for the town’s alderman seat. Perrin remembers his other grandfather, C.B. Vincent, trying to talk him out of running. Robert went against his grandfather’s wishes, ran for the seat, and won.
John Earl LeBlanc, the former Erath mayor and alderman, served with Vincent.
“He asked me my opinion on running,” said LeBlanc. “I told him to run.”
Vincent was the top vote-getter and became the mayor pro-tem after his first election. At the age of 19, Vincent was the youngest elected official at the time.
“Robert was so mature for his age,” LeBlanc said about Robert’s first year as an alderman.
Vincent went on to serve 2 1/2 terms. He died while serving his third term.
LeBlanc and Robert stayed friends for the next 20-plus years. The two shared many cups of coffee and talked politics.
“Robert was like one of ours,” LeBlanc said. “We had a very good relationship. He will be missed, big time.”
LeBlanc said Robert was a fighter up until the end. Six years ago, doctors were not too sure how long Robert had left, so they sent him home with Hospice. He lived longer than doctors expected.
Vincent was proud to be a staunch Democrat. He served on the Vermilion Parish Democratic Executive Committee beginning in 2000, and serving as Vice Chairman (2004-2012) and as Chairman (2012 to 2019).
In Vincent’s 42 years on Earth, he met and took pictures with six Louisiana governors. He has photos with former governors Buddy Roemer (governor: 1988-1992), Edwin Edwards ( 1972-1980, 1984-1988, 1992-1996), Mike Foster (1996-2004), Kathleen Blanco (2004-2008), Bobby Jindal (2008-2016) and John Bel Edwards (2016- present).
Perrin said he had a conversation through texting with Robert days before he passed away. The two texted during the political debate between the vice presidential candidates.
“That is how much he was interested in politics,” said Perrin.
When asked how far he thought Robert would have gone in politics had he not been diagnosed with the nerve disease, Perrin responded, “He always said he wanted to be governor.”