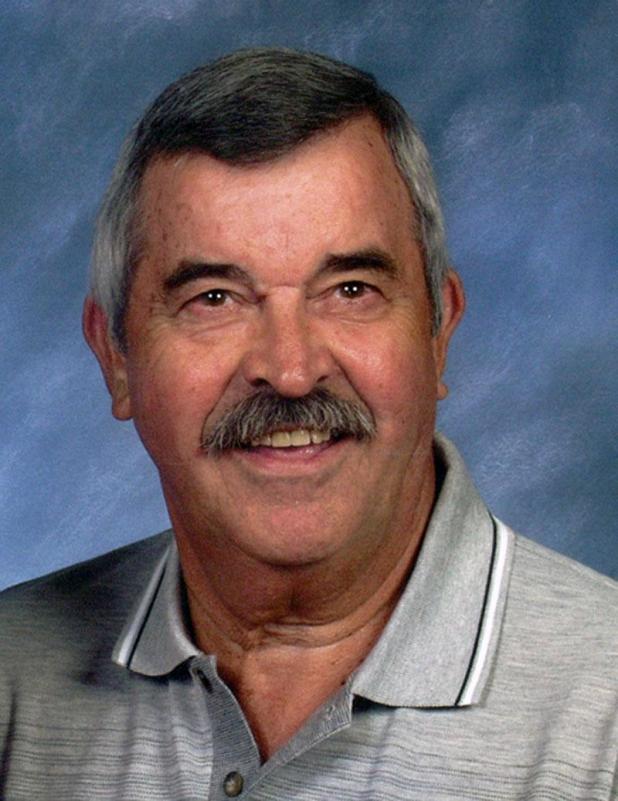 ABBEVILLE — A Mass of Christian Burial will be held on Monday, August 21, 2017 at 10:00 a.m. at St. Mary Magdalen Catholic Church honoring the life of Harold James Crappell, 80, who died on Thursday, August 17, 2017 at Maison du Monde Living Center. He will be laid to rest at St. Mary Magdalen Cemetery with Father Michael Richard officiating the services.
Harold was the owner and operator of Crappell’s True Value Hardware Store in Patterson and Abbeville. He was an avid New Orleans Saints and LSU Tigers fan. Harold could fix and do anything; he was a true “Jack of all Trades”. He took so much pride in gardening and tending to his fruit trees; he was truly blessed with a gift for plentiful fruit and vegetables. Harold loved his family more than anything; he lived for family get-togethers, so he could pick on every single grandchild. He was “Dad” and “PawPaw” to so many, he will be sadly missed by all who knew and loved him.
He is survived by his loving and caring wife of 59 years, Ruth Toups Crappell; five daughters, Jennifer C. Desonier, Lydia C. Bordelon and husband, Bryan, Stacy C. Beraud and husband, Chris, Mia Crappell and Haroldlyn C. Comeaux and husband, Marty; grandchildren, Mallory Comeaux Hutchinson and husband, Daniel, Aime Cormier and husband, Lance, Elise Desonier, Walter Comeaux, IV, Chad Beraud and fiancé, Abigail Ramirez, Mandy Darbonne, Charly Darbonne-Quinteros and husband, Wilver, Amelia Desonier, Eric Beraud, Alex Beraud and Marta Comeaux; great-grandchildren, LJ Cormier, Lilly Cormier, Ryder Quinteros, Juliette Hutchinson, Noah Hutchinson and Aiden Neisser; brothers, Huey Crappell and Clyde Crappell; and sisters, Lileta Horner, Rosalie Crappell and Gwen Lederfine.
He was preceded in death by his parents, Sidney and Beulah A. Crappell; son-in-law, Philip Desonier; brother, Gerald Crappell; and sister, Betty Jane Crappell Mellan.
The family requests that visiting hours be observed at Vincent Funeral Home - Abbeville, 209 S. St. Charles St., on Sunday, August 20, 2017 from 2:00 p.m. - 9:00 p.m. It will continue on Monday, August 20, 2017 from 8:00 a.m. until the time of service. A Rosary will be prayed at 7:00 p.m. on Sunday Evening.
Pallbearers will be Bryan Bordelon, Chris Beraud, Marty Comeaux, Chad Beraud, Alex Beraud, Eric Beraud, Lance Cormier, Wilver Quinteros and Walter Comeaux, IV.
The family would like to give a special thanks to Hospice of Acadiana nurse, Robin, who took such great care of him during his time of need.
In lieu of flowers, the family requests that donations be made in Harold’s name to Hospice of Acadiana at http://hospice0.wixsite.com/hospiceacadiana/donate.
Condolences may be sent to the family at www.vincentfuneralhome.net. All funeral arrangements are being conducted by Vincent Funeral Home of Abbeville, (337) 893-4661.