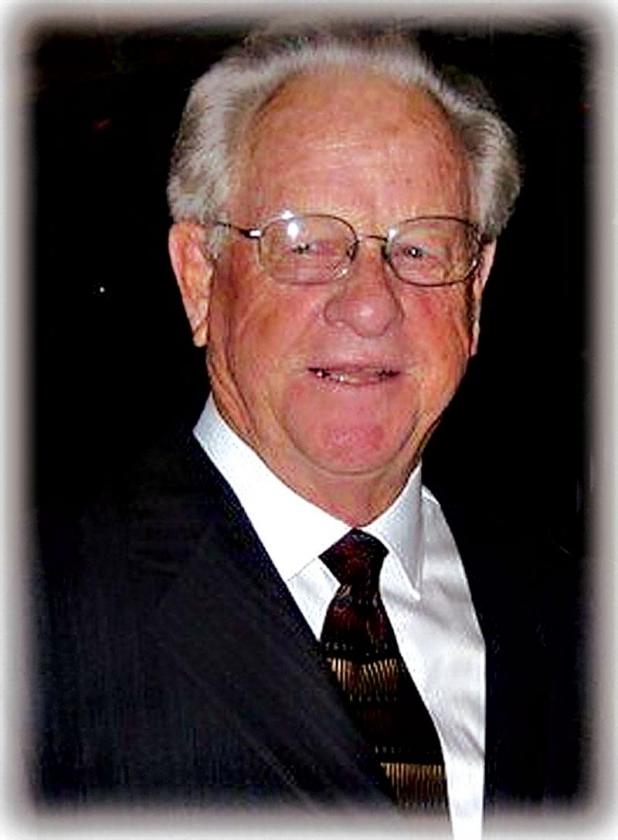 Funeral Services will be held on Thursday, January 18, 2018, at an 11:00 A.M. Mass of Christian Burial at St. Pius X Catholic Church in Lafayette, for Huey P. Perrin, 82, who died Sunday, January 14, 2018 at Lafayette General Medical Center.
Interment will be in Our Lady of Lourdes Cemetery in Erath, Louisiana.
Reverend Joel Faulk, Parochial Vicar of St. Pius X Catholic Church, will serve as Celebrant and will conduct the funeral services.
Survivors include his beloved wife of 61 years, Grace Marie Mailhes Perrin; son, Van P. Perrin and his wife, Maribel; daughter, Azelia Perrin Lee and her husband, David; son, Ivan L. Perrin; six grandchildren, Cory P. Perrin, Miles L. Lee, Leslie G. Simmons, Morley A. Perrin, Rockett Perrin and Macy G. Perrin; three great grandchildren and one sister, Gale Graham.
Preceded in death by his parents, Gladue Perrin and Egles Dubois Perrin and one brother, Roland F. Perrin.
Born in Henry, Louisiana and a resident of Lafayette for over 40 years, Huey was known as “Mickey” as a child, and later in his professional career known as “High Pressure”. A Registered Professional Engineer, he worked for multiple oil and gas companies for 43 years throughout the continental United States. Favorite hobbies of his were golfing, hunting, and fishing with his wife. He was a devoted family man and loved spending time with his grandchildren and great grandchildren, whom he adored deeply. Huey was a true gentlemen to his wife, children, grandchildren, siblings, friends and all who knew him. He will be greatly missed.
Honored to serve as Pallbearers will be Van Perrin, Ivan Perrin, Cory Perrin, Miles Lee, Rockett Perrin and David Lee.
Honorary Pallbearers will be Jonas Perrin and Carson Nunez.
The family requests that visitation be observed in Martin & Castille’s SOUTHSIDE location on Wednesday, January 17, 2018 from 4:00 P.M. to 9:00 P.M. and on Thursday from 8:00 A.M. until time of service.
A Rosary will be prayed for the soul of Huey P. Perrin on Wednesday evening at 7:00 P.M. in Martin & Castille Funeral Home.
A heartfelt appreciation is extended by the Perrin family to all family, friends and medical staff who supported and assisted in our time of need.
View the obituary and guestbook online at www.mourning.com
Martin & Castille-SOUTHSIDE-600 E. Farrel Rd., Lafayette, LA 70508, 337-984-2811.