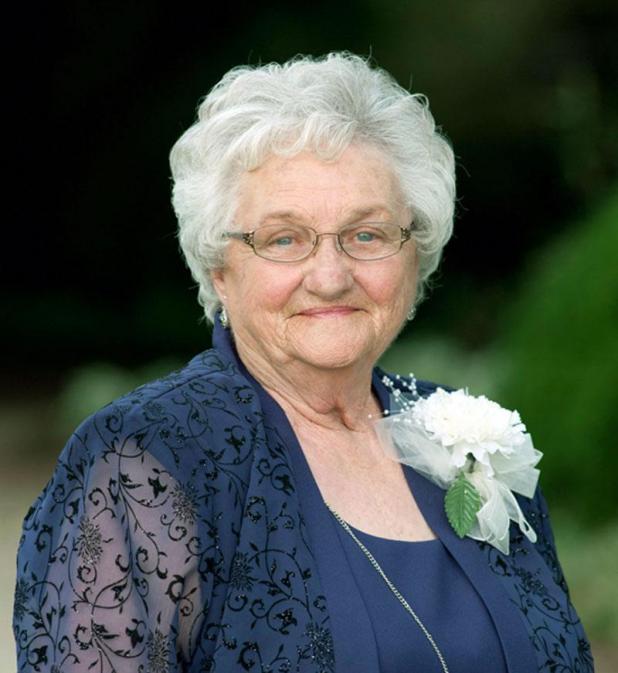 Funeral services were held for Mrs. Johanna Marie Bernard Richard on Saturday, June 27, 2020, at 2:00 P.M. at David Funeral Home in Erath with Deacon Tim Marcantel officiating the service. Cremation and interment followed at a later date.
Family requested that visitation be observed beginning at 9:00 A.M. until the time of service.
A lifelong native of Erath, Johanna Marie Bernard Richard, 86, suddenly, but peacefully passed away Wednesday, June 24, 2020.
Johanna was born on September 26, 1933, to Elton and Loretta Bernard. She graduated from Erath High School in 1951 and Spencer Business College in Lafayette. On May 10, 1952, she married Junius ‘Gro’ Richard. Together, they ran Richard’s Radio and TV Service for many years.
Johanna’s long, happy life centered around her family. ‘Maw’ was the truly the life force of the family and kept family stories alive. Everything about her will generate memories for the rest of our lives. Her first language was French, and she still spoke it with her daughter and friends. Her home was filled with memories, laughter, and children of several generations. Family gatherings resonated with the smells of her home-cooked meals. And the devotion she gave to each family member created unique bonds we can only hope to replicate with our futures.
She leaves behind her daughter, Jody Richard and her family: Brandon (Olivia) Veronie and his children, Hunter Veronie, Brandon Veronie, Jr., Samson Veronie, and Laila and Lillian Hite-Coleman; Michelle (Blake) Bouillion and her children, Ali Sealey, Ryan Sealey, Hannah Bouillion, and Emma Bouillion; Michael Veronie and his daughter, Jada Quibodeaux; and Marissa (Paul) Millett and her children, Madilynn Casterline, Landon Casterline, and Illeayna Millett. Also left to grieve are her son, David (JoBeth) Richard and his family: Keesha (Jason) Broussard and her children, Gage Broussard, Lexie Broussard, and Kelsie Broussard; David (Nicole) Richard II and his children, Gracie Richard, Abbygayl Richard, and Kaylynn (Matthew) Cormier (Olivia and Anna). She is survived by her special cousin, Derwood (Carolyn) Delaney.
Joining in death, Johanna will share eternity with her husband of 40 years, Junius ‘Gro’ Richard; her sister, Mae Jane (Bernard) Hebert; her parents, Elton and Loretta (Dubois) Bernard; her granddaughter, Heidi Richard; her great-grandson Jacob Bouillion; and her great-great-grandson, Ky Veronie, along with many other family and friends.
You may sign the guest register book and express condolences online at www.davidfuneralhome.org
David Funeral Home in Erath, 209 East Putnam Street, (337) 937-0405 was in charge of the arrangements.