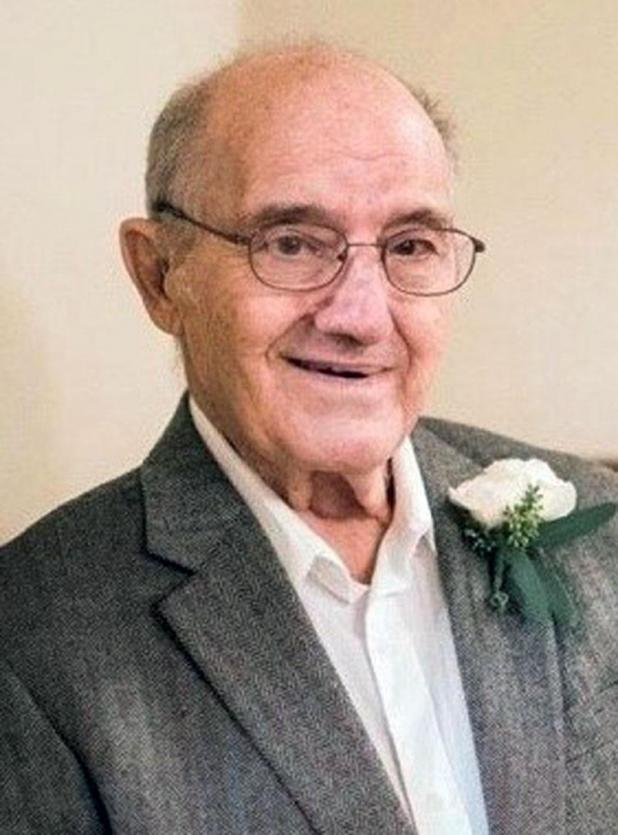 KAPLAN — Funeral services will be held on June 27, 2020 at an 11:00 AM Mass of Christian Burial at Our Lady of the Most Holy Rosary Roman Catholic Church in Kaplan, Louisiana honoring the life of John Elwood Herpin, 92, who died Tuesday, June 23, 2020, at The Carpenter House of St. Joseph’s Hospice in Lafayette, LA. He will be laid to rest at Kaplan Cemetery with Reverend Palthasar Arrockia Doss officiating the services.
Husband to Marguerite and father to seven children, “TJ”, as he was known by his many friends and family, was born in Wright, Louisiana and delivered by his Aunt Eve. His mother and father, Enix and Sidney, died during his childhood, and he was raised by his grandmother, Noami Schexnider, and uncle and aunt (Grady and Gladys Schexnider, with their daughter Fayetta), who lived next door. Upon graduating from Kaplan High, TJ enlisted in the Navy, where he served at Pearl Harbor Naval base following World War II. Upon honorable discharge, he attended SLI in Lafayette, but he left his studies in 1949 to marry his wife, Marguerite Maraist. While raising their children, TJ worked for Jennings Production Credit Association (JPCA). Using the experience he gained there, he entered the field of oil and gas land acquisition, first in acquiring pipeline rights-of-way, and later mineral leases. He worked as a contract agent, and later independently after acquiring a reputation in the industry for his easy and reassuring manner in dealing with landowners. He also raised beef cattle with the assistance of his sons. He was a Kaplan city councilman with Mayor J.D. Hanks. He and Marguerite later moved to Lafayette in 1982, and he lived there until his death. He retired in 1984, and he and Marguerite enjoyed an active life, full of travel, exercise and family activities. Marguerite died in 2003, and he continued to be a loving father, grandfather, and great-grandfather.
TJ was a husband, father and grandfather, first and foremost. He loved to joke and laugh with his children, passing along to his family his great sense of humor. He and Marguerite loved Marguerite’s sisters and their families, and his close friends from Kaplan. TJ was the epitome of a family man and a great husband and father. He was always proud and supportive of his children, and his children were always proud of his example of hard work and dedication. He taught by his example of grace, tolerance and moderation in dealing with others, all reasons why he was a success in his chosen endeavor. He coached and attended his children’s events. He never indulged himself, putting his children and family first. He showed his children the value of hard work, the merit of manual labor, and he encouraged his children to pursue education. “Pops” loved his grandchildren. He was a spiritual person without flouting his religion, and led by example. He and Marguerite enjoyed the fruits of their labor in later life. They traveled to Europe and on cruises, with his in-laws and close friends. He swam, ran, played tennis, flew ultra-light aircraft, was an avid reader, and managed to attain a degree at ULL at the age of 74.
TJ is survived by his seven children: Johnny (Kaye), Michael (Cathy), Gabi (Bob), Jackie Maggio (Tommy), Sammy (Angie), Jimmy (Carla), and Susan Richard (Chris); 16 grandchildren; and 15 great-grandchildren.
He was preceded in death by his wife of 53 years, Marguerite Maraist Herpin, his parents, Enix Shexnider Herpin and Sidney Herpin; and two brothers, Sidney and Royce.
The family requests that visiting hours be observed at Vincent Funeral Home, Kaplan, Louisiana, on Friday, June 26, 2020 from 4:00 PM until 9:00 PM with a rosary being prayed at 7:00 PM. Visitation will be observed at Our Lady of the Most Holy Rosary Roman Catholic Church, 600 N. Church Avenue, on Saturday, June 27, 2020 from 10:00 AM until the service at 11:00 AM at Holy Rosary, and a graveside service at the Kaplan Cemetery. Serving as pallbearers will be John E. Herpin III, Thomas Herpin, Rex Herpin, Chris Richard, Steve Hanks, and Clay Theard, Jr. Honorary pallbearers will be Jacob Herpin, Brett Marks, Doug Weber, Clay Theard, Tommy Maggio, Timothy Hanks, Hubert Sonnier, Jr., Freddie Sonnier, Chad Lemaire, Robbie Overall, Mike Mastrantonio, Ben Lehrer, Alex Schlect, and Evan Bonnano.
The family would like to thank their father’s devoted caregivers, Tanna Lavine, Candace Charles, Agnes Kilchrist, Amanda Broussard; Bridgeway Hospice and nurse, Heather Mayard for their kind and compassionate attention; The Carpenter House of Lafayette and owner, Pat Mitchell; and, last but not least, his friend and companion, Margie Emerson.
In lieu of flowers, please make donations to St. Jude Children’s Research Hospital in Memphis, Tennessee in the names of John and Marguerite Herpin.
All funeral arrangements are being conducted by Vincent Funeral Home of Kaplan, (337) 643-7276 [Service Information 225-5276]. Condolences may be sent to the Herpin family at www.vincentfuneralhome.net.