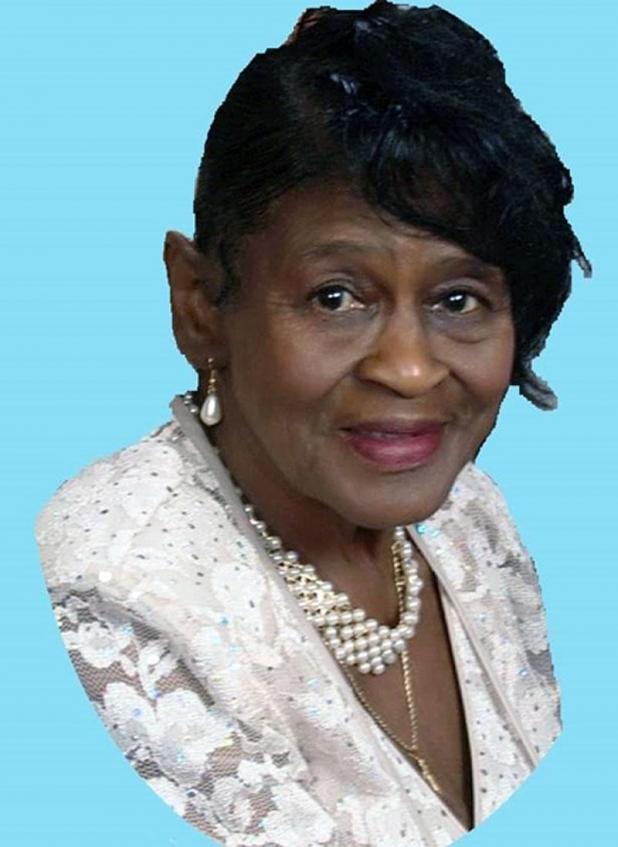 ERATH — Joyce Elaine Joseph (Pillette / Dozier) was born September 12, 1934 in Erath, Louisiana to Mr. Arthur Pillette Sr. and Mrs. Effie Pillette (Dozier). After fiercely fighting esophageal cancer, she peacefully departed from this life in her sleep on April 24, 2020. She lived to see the golden age of 85 years old.
Joyce was the Matriarch of both the Dozier and Pillette Family and was affectionately known as the Great Pu- Connie. She was a cherished mother, grandmother, sister, auntie, and friend. She was a wise counselor to the entire family and was known for her strength, sense of humor, and fiery personality. She spoke from the heart and never hesitated to “tell it like it is.” She passed many of these traits on to her eleven children and taught them the importance of independence, public service, and higher education which was instilled in her through the legacy of Robert and Frances Dozier.
Joyce was the great granddaughter of Robert and Frances Dozier who founded the first school for African Americans in the 1900s in Erath, Louisiana. She attended school in the Historical Beard Congregational Church founded by Robert and Frances Dozier. During the journey to preserve the legacy of the Dozier family, Joyce provided an oral history about her memories of what it was like to attend classes in the church. She said, “going to school and getting an education was never optional it was serious business.” Joyce was immensely proud to be a part of the legacy created by her great grandparents Robert and Frances Dozier.
Joyce was the ultimate caregiver. As the eldest child in her family, she often helped to care for her younger siblings. In her younger years, she worked at Lahasky Nursing Home in Erath, Louisiana. For the remainder of her life, she worked as a dedicated private duty nurse who took care of countless children and elderly patients in their home. Caring for others was her passion, she wanted all of her girls to become nurses . She has two daughters and two granddaughters that are nurses; 3 Registered Nurses and 1 LPN.
Joyce was a woman of strong Catholic Faith. Not only did she work for the Priest at Mary Magdalen Catholic Church, but she served as a member of the Gospel Choir at St. Theresa Catholic Church and was a lifelong parishioner of Our Lady of Lourdes Catholic Church in Erath, Louisiana. Joyce regularly attended Sunday Mass throughout her life and made sure to pray the rosary in the evenings before bed. When she became ill, she received the anointing of the sick and holy sacrament at home.
Joyce was the center of her family. She opened her home to everyone for family celebrations like Christmas and the 4th of July to enjoy home cooked meals, good conversation and dancing. She had an open-door policy where all were welcome to eat, laugh, and make treasured family memories. There will never be another like Joyce.
She is survived by her eight loving children: Carolyn Henderson (Raymond) Abbeville, LA., Angela Matthew of Long Beach CA., Mary Morrison (Purvis) of Scott, LA., Preston Joseph Jr. of Abbeville, LA., Terry Joseph of Abbeville, LA., Whitney Joseph (Rhonda) of Chiefland, FL. Kevin Joseph (Mona) of Cecilia, LA.; Cindy Joseph Meyers Esq. (Richard) of Lake Havasu City, AZ who took care of her in the final months; three beloved sisters, Audrey Broussard of Erath, LA., Elizabeth Campbell of Abbeville, LA. and Brenda Shelvin (Barry) of Abbeville, LA; She is also survived by grandchildren; Dexter Henderson, Ronald Matthews Jr., Natasha Williams, Kendra Matthews, Shanea Morrison Nelson, Katara Matthews Henry, Shelly Morrison, Kendrick Matthews, Shawn Morrison, Keith Joseph, Kayhale Joseph, Kali Joseph, Krystal Joseph, Jacoby Matthews, Simone Joseph, Sheena Joseph, Karius Joseph, Sky Joseph, Lacy Elaine Meyers, Chloe Joseph, Lexy Meyers and a host of great grandchildren, nieces, nephews, and friends.
Mrs. Joseph was preceded in death by her father, Mr. Arthur Pillette Sr. and mother, Mrs. Effie Pillette (Dozier); her first husband, Mr. Steve Matthews Sr. and second husband, Mr. Preston Joseph Sr.; her sons, Steve Matthews Jr., Ronald Matthews and Glenn Matthews; Granddaughter, Olivia Joyce Henderson; sisters, Violia Pillette, Ophelia Pillette, and Emma Pillette; brothers, Arthur Pillette Jr., Leonard Pillette; and her uncle, Henry Perro.
Sign the guestbook online at www.syrie.com
Mohave Memorial Funeral of Lake Havasu City, Arizona and Syrie Funeral Home in Lafayette, Louisiana were entrusted with the transport and burial arrangements of Mrs. Joyce.