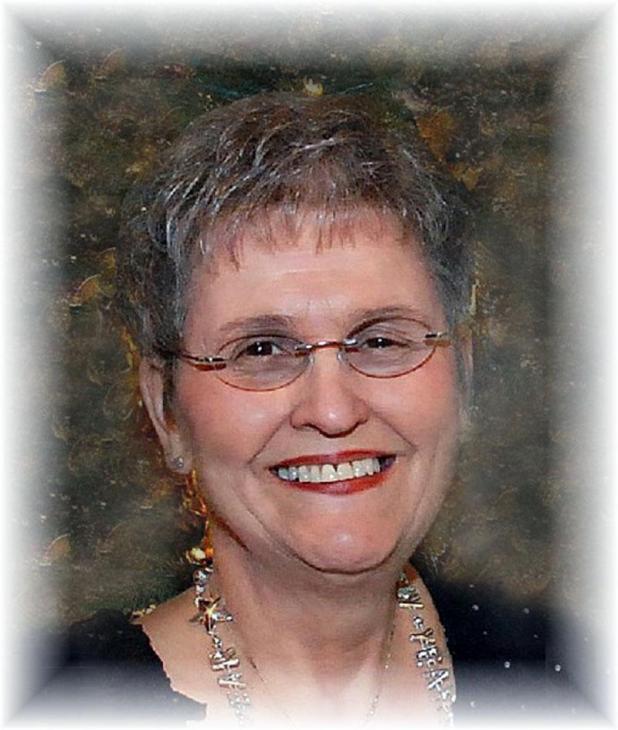 GUEYDAN — A Mass of Christian Burial will be held at 10:00 AM on Wednesday, February 28, 2018 at St. Peter the Apostle Roman Catholic Church honoring the life of Martha Lucy Marceaux Smith, 74, who passed away on Sunday, February 25, 2018 at Lake Charles Memorial Hospital. She will be laid to rest at Gueydan Cemetery with Reverend Clint Trahan officiating the services.
Martha and her husband were very active in the family business, Marceaux's Superette. She dedicated much of her time to the Ladies' Altar Society, her local rosary group, St. Peter's School, St. Peter's Choir, and St. Peter's Spring Bazaar where she was known as the cotton candy lady along with her friend, Brenda Vondenstein. She also served as a volunteer for Hurricane Katrina. She was known by many names such as Nana to her great grandchildren and Maw or Maw Maw by her grandchildren. Everyone knew her from her dynamic personality that brought lots of laughter. She enjoyed going to the casino, playing cards, and playing Mexican Train Dominoes with her family and friends. She became the matriarch of her family when her mother passed away. She will be deaply missed by all.
She is survived by her husband of 58 years, Melvin Smith, Sr. of Gueydan; one son, Melvin Smith, Jr. and his wife, Margie of Gueydan; two daughters, Rebecca and her husband, Ricky Vondenstein of Gueydan and Chantay and her husband, Ryan Abshire of Abbeville; three sisters, Margie and her husband, Irvin LeBouef, Sr. of Gueydan, Florence and her husband, Dale Benoit of Lake Arthur, and Barbara and her husband, Dwain Fuselier of Luling; one brother, Nelson Marceaux of Gueydan; one sister-in-law, Wilda Marceaux of Gueydan ; six grandchildren, Neil Lejeune, Jr. and his wife, Hannah, Ashley Smith and his wife, Wendy, Brad Lejeune and his wife, Krystal, Caina Smith, Bryce Smith and his wife, Chelsea, and Spencer Abshire; and eight great grandchildren, Kailey L., Drake L., Reece L., Reagan S., Gannon S., Londyn L., Lexi L., and Lane L.
She was preceded in death by her parents, Wilson Marceaux and the former Mary Oneida Cormier; two daughters, Melissa S. Lejeune and Caina Smith; and one brother, Darrel Marceaux.
The family would like to thank the staff at Lake Charles Memorial Hospital and especially Dr. Chris Thompson and Dr. Michael Broussard for their excellent care.
The family requests that visiting hours be observed at Vincent Funeral Home - Gueydan, 311 Fourth St., on Tuesday, February 27, 2018 from 11:00 AM until 9:00 PM with a rosary being prayed at 7:00 PM; Wednesday, February 28, 2018 from 8:00 AM until the procession departs for the church.
All funeral arrangements are being conducted by Vincent Funeral Home of Gueydan, (337) 536-6124 [Service Information 225-5276]. Condolences may be sent to the Smith family at www.vincentfuneralhome.net.