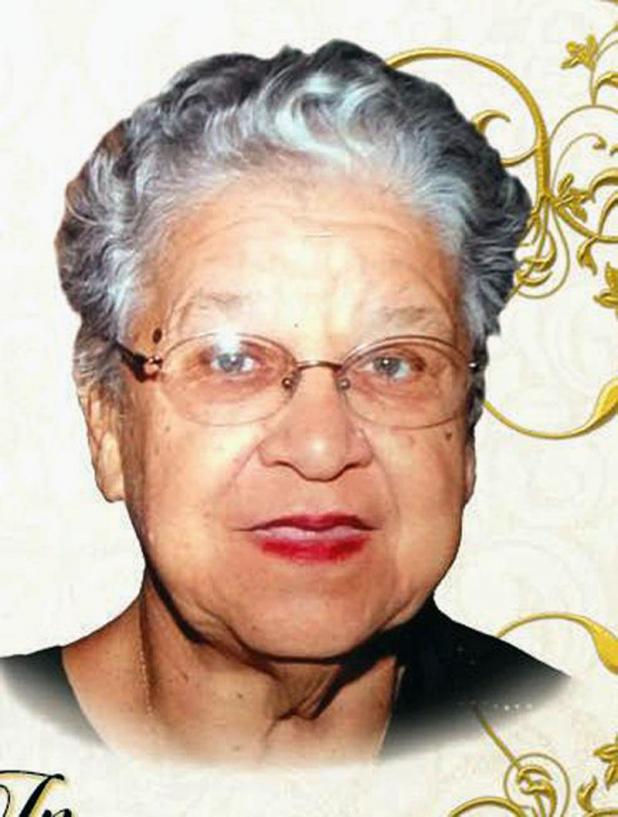 KAPLAN — Funeral Service will be held Saturday, February 18, 2017 at 11:00AM at Shiloh Baptist Church in Kaplan for Maudry Breaux Mingo who passed away Monday, February 13, 2017.
Interment will be held in the Church Cemetery following the funeral.
On the early morning of February 13, 2017, God called home His beloved daughter Maudry Mary Mingo. God had a plan to take her higher from glory to glory, from strength to strength. She has no more failures in her life, no more tears. All she has is joy all day long. She has reached her highest destination.
Maudry Mingo began her life on February 8, 1937 in Kaplan, LA to the proud parents of Belton and Nellie Breaux to which this union birth six children. She attended Abbeville Herod School in Abbeville, LA under the care of Grandma Paula Hebert. At the age of 22, she met the love of her life Jarious Mingo Jr. They were united in holy matrimony on Oct 31st, 1959. To that union six children were born, five girls and one boy.
She confessed Christ when she joined Shiloh Baptist Church in the early eighties. She remained at Shiloh Baptist church until her death.
Maudry was a woman of integrity. She served in many ministries. She loved the Lord and was an advocate for the youth; they captured her heart in so many ways. She spent countless hours putting together the Christmas plays and Children Sunday Church Services. She was also a deaconess, and a member of the Shiloh Baptist Choir. Singing praise to the Lord was Maudry’s passion.
Maurdry’s professional job, was cooking, followed the footsteps of her mother. She worked at Kaplan Headstart and Abrom Kaplan Memorial Hospital as a cook. From then on, the delicacy of her food was recognized by many throughout the town. She provided many services to the community through her charitable contributions by cooking on several occasions.
Maudry stands to be the virtuous woman in Proverb 31: For Maudry’s worth is far above rubies. The heart of Maudry’s husband safely trusts her. Maudry’s children rise up and call her blessed; her husband also, and he praise her: Many daughters have done well, but you, Maudry excel them all. Her unending love and devotion for her family was her ultimate passion. Maudry also enjoyed the special moments of all the activities and events of the lives of her children and grandchildren. She was always supportive of their many pursuits. She was an encourager and a motivator to all who would seek her advice. The most important quest for her was for her entire family and friends to have a personal relationship with Christ, and to also keep the peace within the family.
Those who loved her were not ready to surrender her presence. She touched many lives. We each carry with our hearts, the essence of this truly special woman and grateful that we had the opportunity to share the elegance of her spirit.
Maudry leaves to continue her legacy; her loving and dedicated husband of 57 years, Jarious Mingo Jr; her children Marcy Collins and son-in-law Harold Collins, Dedra Donaldson, and the late son-in-law Ronald Donaldson, Jarvis Mingo and the late sister-in-law Shirley Mingo, Pauletta Francis and son-in-law Floyd Francis, Sandra Anderson and son-in-law Mark Anderson, and Jewelene Mingo. She raised two grandsons: Barry Mingo (Felecia), and Brock Roy (Shaina). Her Grandchildren; Aisha, Joshua (Jill), Ashley (Colin), Jerrell, Kayla(Goodie), Simone, Floyd Jr. aka “Brother” (Natalie), Tyra Francis, Chad, Kendrick, David, Alecia (Kelton), Ryan, Chelsey, Gina, Hailee, Lauren, Frandon, Monique, and Tiffany. Twenty-nine great grandchildren. Two brothers: Kenneth Breaux (Lena), and Belton Breaux. Two sisters: Joann Breaux, and Gertrude Breaux. Special nieces and nephews, and a host of other relatives and friends.
She is preceded in death by her parents, Belton and Nellie Breaux, her brother Maxie Breaux, (Mary Breaux, aka “Babydoll”), sister-in-law, Rose Breaux aka “Bodie”.
Visitation will be held Friday, February 17, 2017 from 5:00PM to 10:00PM at Shiloh Baptist Church in Kaplan LA.
Kinchen Funeral Home Inc., 1011 North Saint Antoine Street, Lafayette LA 70501 is in charge of arrangements. Additionally, condolences to the family can be expressed on our website at www.kinchenfuneralhome.com.