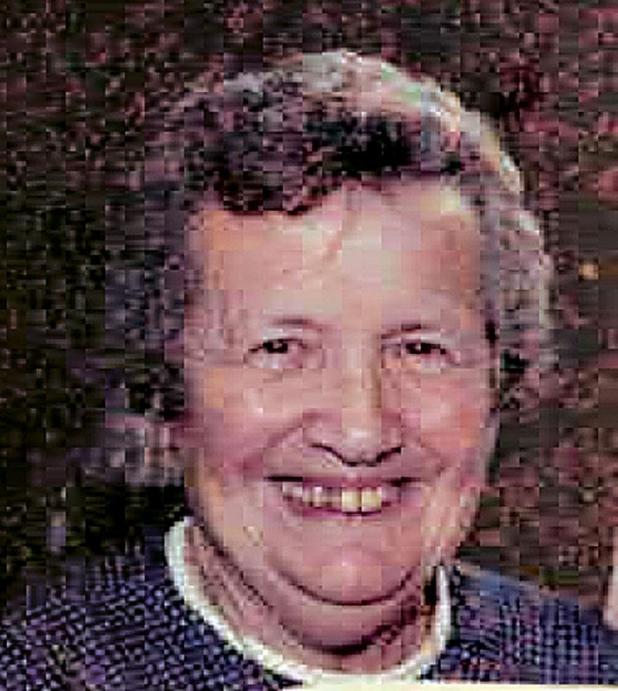 It is with great sadness that we announce the passing of Sister Jeanne Marie Bernhardt at the age of 90. She passed away peacefully on Monday, June 22, 2020 at Vermilion Healthcare in Nunez. She was born on August 31, 1929. As was Sister’s wish, her body was donated to science. A memorial mass will be held at a later date at Our Lady of the Bayous, 1318 South Henry Street, Abbeville, Louisiana, the place that she so loved and shared with countless others through the years.
She was preceded in death by her parents Lucien Bernhardt and Suzanne Vanoly Bernhardt and her siblings, Therese Bernhardt, Genevieve Bernhardt Laine, Jean Bernhardt, Louis Bernhardt, Madeline Bernhardt Frelastre, Suzanne Bernardt Lespart, Andre Bernhardt, and Jacques Bernhardt. She is survived by three siblings, Michel Bernardt, Anne-Marie Gasnier, Monique Dessaigne, and numerous nieces and nephews.
Sister Jeanette was born in Algiers, Algeria. Her family made France their permanent home. She joined Sisters of the Dominican Rural Missionaries in 1952 at the age of 22 in Flavigny, France. In 1955, Sister Jeanette came to Louisiana after the tragic death of four nuns in a train accident. They are buried in St. Mary Magdalen cemetery. The remaining nuns continued their mission to serve the community through acts of faith and love. Sister graduated from Southwest Louisiana Institute (now University of Louisiana Lafayette) School of Nursing in 1960. She was a registered nurse and served at no charge. Sister would often tell of how she and her fellow sisters went door-to-door asking for donations for each sink, toilet, bed, and other supplies to erect what we all knew as the Dominican Convent. The convent is now owned and operated by Family Missions Company who, to Sister’s great joy, are continuing to spread the love of Christ through ministry and service.
The family and friends would like to thank Vermilion Healthcare Center and Hospice of Acadiana for their kindness, compassion, and care over the past six years.
Donations may be made to Hospice of Acadiana, 2600 Johnston Street, Lafayette, Louisiana 70503 or Family Missions Company, 12611 Everglade Road, Abbeville, Louisiana 70510 in Sister Jeanette’s name.