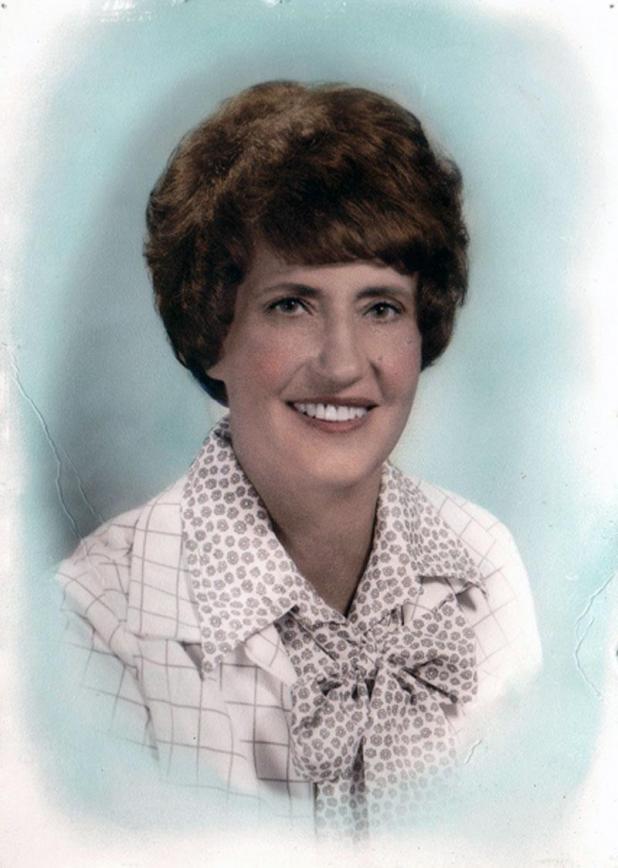 ERATH – A Mass of Christian Burial for Mrs. Verna Boudreaux Nunez, 89, will be held at 1:00PM on Wednesday, February 21, 2018 at Our Lady of Lourdes Catholic Church with Fr. Andre Metrejean officiating. Interment will follow at Our Lady of Lourdes Mausoleum.
Visitation will be at David Funeral Home of Erath on Tuesday, February 20, 2018 from 5:00PM until 9:00PM. Visitation will resume on Wednesday, February 21, 2018 from 9:00AM until the time of the services with a recitation of the rosary at 11:00AM.
A native of Scott and a longtime resident of Erath, Mrs. Nunez died at 10:25PM on Sunday, February 18, 2018 at Eastridge Nursing Center. She was a 1946 graduate of Scott High School and retired as an Executive Secretary from BellSouth Telephone Company after over 25 years of service. She was a dedicated Church and community volunteer and was an active member in the following groups and organizations. The Adult Choir at Our Lady of Lourdes and St. John’s of Henry, Pioneers’ Network of Volunteers, The Catholic Daughters, Come Lord Jesus Prayer Group, Prairie Ronde Ultreya Group, Decolores, served as a sacristan, and volunteered at three nursing homes in Erath and Abbeville. She enjoyed line dancing; she danced at least three times a week. She also enjoyed doing yard work; cooking Sunday dinner; and being with her family.
She is survived by her son, Michael Juan Nunez of Erath; a step son, Kent Nunez of Lafayette; two daughters, Jena Dauphin of Austin, TX and Cynthia Noble of Hawkinsville, GA; a step daughter, Troi Reppart of Alexandria, VA; fourteen grandchildren and twenty-two great grandchildren.
She was preceded in death by her husband Warren “J.D.” Nunez; her parents, Alexandre and Hilda Meyers Boudreaux; her step mother, Fadra Blanchard; her first husband, Clarence Simon; a son, Fred Simon; a step son, Shane Nunez; and two brothers, Nelson Boudreaux and Batson Boudreaux.
Serving as pallbearers will be Beau Dauphin, John Brooks, Brent Nunez, Dylan Noble, Alex Noble, Cameron Noble.
Serving as honorary pallbearer will be A. J. Dauphin.
You may sign the guest register book and express condolences online at www.davidfuneralhome.org
David Funeral Home of Erath at 209 E. Putnam St (337)937-0405 will be handling the arrangement.