As the lead off hitter for Northwestern State, her job was to ‘set the table’ or get on base, no matter how. 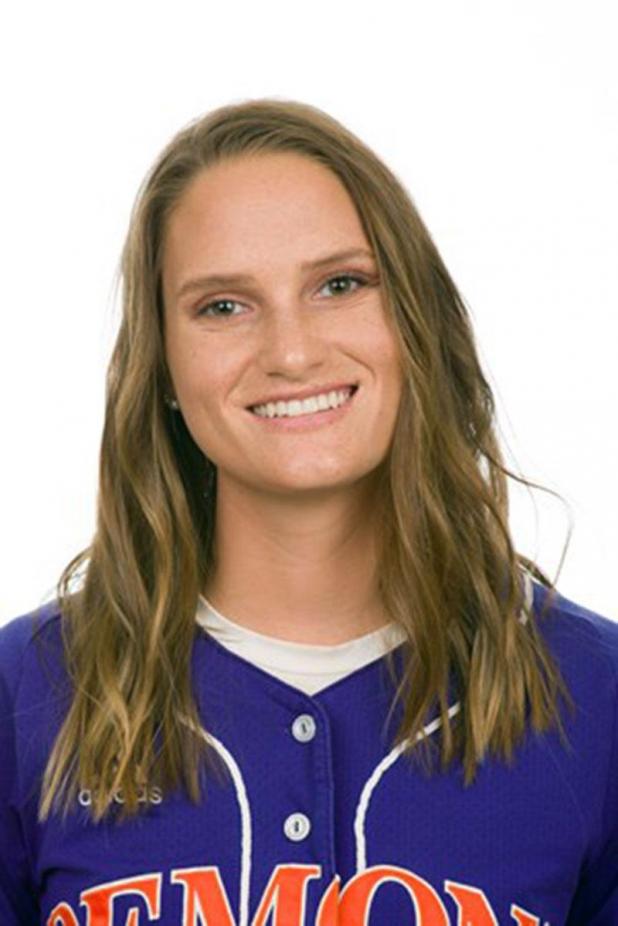 Vincent hopes to go from softball to med school

Elise Vincent, a North Vermilion graduate, was the leadoff hitter for Northwestern State this year. The senior was off to a great start, starting in all 22 games. She was batting .323 and scored a team-high 20 runs. She stole 12 out of 13 bases. Entering the season she was a preseason All-Southland Conference First team member.

Where were you when you got the news the season was over?

I was at my home in Natchitoches. It was the weekend after my coaches told us that our conference game had been suspended.

What was your reaction?

I was downstairs with my sister when I first got the message from my coaches. I was super upset and cried a lot. I’m not a super emotional person, but getting that news was really heartbreaking and just crushing.

It looks like you were having a great season. What do you attribute that great start to, in your senior year?

I credit all the hard work I had put in in the fall and pre-season, but I also credit the support of my teammates and coaches. They helped me to grow even more confident in myself because they supported me and had my back no matter what.

What is your job as a lead-off hitter?

When will you graduate?

I am graduating this May. We won’t be having a commencement, but we are having a virtual ceremony, and they may have a ceremony for us to walk in in August.

In four years at Northwestern, how many “Bs” did you make as a final grade? What class did you make the B in? How did you handle it?

I only made one B and it was in Physics II. At first, I was upset about it, but what helped me to get over it was to remember that I’m not perfect, no one is. And just because I didn’t get an A doesn’t mean I won’t be successful. Being a perfectionist, this was a hard lesson to learn.

What is next for Elise? Are you returning for another year, or are you moving on? What will determine if you stay or go?

Med school? What type of doctor do you want to be?

Medical school has been something I’ve dreamed of for a long time. At this point, I’d love to become an orthopedic surgeon, but I am open to the possibility that my interests will change in medical school.

Why do you want to be a doctor?
Being a doctor would allow me to be in a field where I get the opportunity to learn continually. Not only that, but I would be able to help and interact with a wide variety of people and have an impact on their lives.

Your thoughts on COVID-19 and how it has changed the world?

I think that this pandemic has had a major impact on the world. I think it’s been an eye-opening experience for many. One of the things I think that it’ll impact the most is people’s hygiene. This virus had made people more aware of their habits, and I think this will help people to be more aware of their hygienic practices to help limit the spread of diseases. But I think that this has also helped to bring everyone together in a sense. What I mean is that neighbors and even strangers are helping each other tremendously, and everyone is doing the best they can to be there for everyone.

If you move on, will there be a strange feeling on how your softball career ended? Or will you be OK with it because you have been playing since you were a freshman at Northwestern?

I would be upset. I honestly don’t like the idea that this is how my career could end, I mean it’s not what I had planned. I would, however, be happy to have had the opportunity to even play in college at all. I know many don’t have that opportunity, so I know I was blessed with the chance to play softball for as long as I did. If I don’t get to run out on that field again, I’d be upset, but I’d also be happy for all the memories I was able to make and for all the wonderful people who made the experience truly wonderful.

Looking back, was Northwestern the right choice?

100%. It was the place that helped me grow, athletically, and personally; being their helped me to grow more as a leader and as a better person overall. If I had to choose again, I wouldn’t change a thing because the people I met along the way at NSU helped mold me into who I am today, and I’ll always be grateful for the opportunity I had.

Did the four years go quickly?

Yes! It honestly went by so fast. I still remember what it was like being a freshman and hearing the seniors tell me to soak it all in because it’ll fly by. I kept joking all year that I thought the seniors in my freshman year were being dramatic, especially about how their bodies were always hurting, but I was wrong. I found out the hard way that they were not dramatic. From being a shy freshman to being senior captain honestly felt like the blink of an eye.

How tough was it to balance school with playing softball?

It was challenging, honestly. To succeed, 100 percent, you have to have good time management skills. The days were always super long, from 6 a.m. weights/conditioning to class, and then finally to practice took up much of the time. Not to mention finding times to eat, study, and complete study-hall hours. Then there are the away games where you often miss classes and have to become your own teacher (especially during the season) and do everything you’d normally do at home on a bus. The best advice I could honestly give is to get a planner and never schedule super hard classes on a MWF because you will never be in that Friday class.

What was the most memorable game or play that stands out over the last four years at Northwestern?

Beating Baylor last year was fun and memorable. Honestly, the most memorable games were the ones where, as a team, we were all playing together and truly for each other. I think that’s what upsets me the most about not being able to finish this season because this year, our team was truly special, and at every practice and game, we all genuinely pulled for each other.

When did you realize you had the talent to play at the next level?

It was when I was 12, and I was playing in a tournament in Georgia with my older sister’s 18-U team. I was playing right field and our pitcher mis-pitched. I wasn’t worried about it at the time, but I did what I was taught to do and went all out for the ball, diving and catching it. I honestly didn’t think it was that big of a deal, but the next thing I knew, the pitcher ran up to me and hugged me and kept saying how proud and thankful she was for me. I can’t say exactly what she said, but she said I saved her. And then, after the game the opposing coaches asked my coach about me, wondering where I was committed to. The look on their faces when he told them I was only twelve made me proud and helped me realize that I had the skill to play at a higher level.

How will playing softball prepare you to become a doctor?

Softball has taught me a wide variety of skills that will help me, including time management, competitiveness, strong work ethic, and leadership skills. But the most important lesson it’s taught me is how to cooperate.
Being a member of a team, you won’t always like or agree with everyone, but you have to be able to work with them to succeed. Like my dad often says, you have to learn how to be “your sister’s keeper,” which means that you’re there for teammates (or as I see them, sisters) no matter what. Teamwork is tough, and your teammates will be super different from you in both the way they think and act. But softball, and sports in general, has provided me with an outlet to learn vital interpersonal skills that everyone in the medical field should have.